In the current context of economic crisis, cities increasingly need to position themselves internationally to strengthen their role as an attractor of innovation and investment with a view to growth for the entire urban context. Many Italian and European cities are implementing urban marketing strategies with the involvement of local economic and cultural stakeholders in order to best present urban attractions and potentials to businesses, investors, tourists and talents who wish to settle in the urban context and contribute to the its development.

If the theme of city marketing has so far often been perceived as an aspect linked to the external image of the city and the way in which it is also visually represented, from the urban brand to the coordinated visual image, the experience of numerous cities engaged in this field suggests the need for more sophisticated instruments of coordination between economic development agencies, local and regional authorities, territorial promotion bodies and creative subjects. The experiences of some European cities: Stockholm, Amsterdam, Utrecht and Lyon
In the case of Stockholm, the coordination between the economic and institutional actors of the territory has given rise to an international marketing strategy of the city that is among the most effective in Europe. Choosing the motto ” Capital of Scandinavia”, Stockholm has summarized a useful concept for both tourism and business, accompanying it to a wide dissemination action that has led to the use of the logo by about 500 economic organizations in the area. The basic objective was to affirm the city’s potential and a vision of Stockholm of the future in many sectors, from innovation to welfare, offering a strategic and creative perspective at the same time thanks to the use of social media and viral videos that have attracted the attention of public opinion on the communication effort made by the city, both in internal and external functions.

The collaboration between different institutional and private actors, representing the interests of business promotion and tourism agents, represents a constant among the most successful strategies. Behind the successful formula “I Amsterdam” the Dutch city has structured a work of local synergy that sees in its Economic Board the central subject of collaboration between local and national institutions, research centers, communication agencies and business sector. The action focuses chosen by the economic, governmental and social representations concerned ICT, creative enterprises and financial and economic services, ie the sectors in which there has been a greater need over the years to attract talent willing to live and work in ‘Metropolitan area. 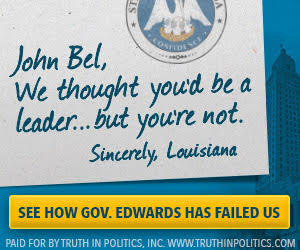